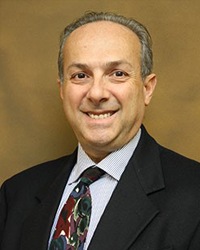 Francesco Grasso, M.D. was born in Rome, Italy. He received his Medical School Degree from the University of Rome, where he also completed his surgical internship. After serving in the Army as a Medical Officer, Dr. Grasso continued his training at Booth Memorial Medical Center, under the affiliation of New York University.

In 1990, Dr. Grasso completed the Residency in Colon and Rectal Surgery at Greater Baltimore Medical Center.

Dr. Grasso is a strong believer in continuing medical education and attends several courses and meetings each year, keeping abreast with the most advanced surgical techniques. Because he limits his practice to Colon and Rectal Surgery, his patients can enjoy the most specialized care and skill they may expect from their doctor.

Dr. Grasso lives in Lutherville, MD with his wife Meghan and their daughters Rachel and Eleanor.